*This workshop was jointly held with Center for the Sociality of Mind.

Title: Testosterone: does it suppress or enhance communication?

Abstract:
Androgens (male sex hormones) are known to affect dimensions of cognitive abilities which typically show sex differences. Famous hypothesis regarding general sex differences in dimensions of human cognition is the “extreme male brain” theory on autism spectrum. Individuals who were exposed to unusually high androgen levels prenatally are suggested to show extreme inclination toward systemizing capacity and weak inclination toward empathizing capacity. Major sex differences in human brain is the strength of connection between right and left cerebral hemispheres, and the above sex differences in superior cognitive dimensions are considered to be at least partially related to such structural sex differences in the brain and the strength of lateralization.
The major behavioral sex difference in reproductive domain can be found in the permissiveness toward short-term sexual relationships. The inclination toward short-term sexual relationships is associated with higher androgen levels and higher self-monitoring traits (behavioral inclination toward controlling one’s behavior to adjust to social environments and sometimes to impress others). Here is the paradox. Do higher androgen levels impair or enhance one’s communication skills and social display? Apparently, Baron-Cohen’s “extreme male brain” theory is too simplistic to explain inter-individual variation regarding diverse cognitive/behavioral domains. A lot of efforts have been paid to explore proximate mechanisms explaining differences in mating systems and social communication skills, and neuropeptides oxytocin/vasopressin and the FOXP2 gene are among the reliable promising candidates. The further exploration regarding interconnecting mechanisms among these factors and modulating effects of androgens is warranted, and so is the elaboration of components of “social communication skills.”
I will discuss another research proposal regarding social modulation of circulating androgen levels in men. There is vulgar belief that the unemployed and fringe workers tend to commit violent crimes these days. According to James Dabbs’s report, androgen levels in men differ across professions and the unemployed scored the highest blood circulating testosterone levels among various professions. I suggest that someone should consider the replication of this study and explore whether the circulating androgen levels fluctuate responding to the employment status change, as they fluctuate responding to marital status change. 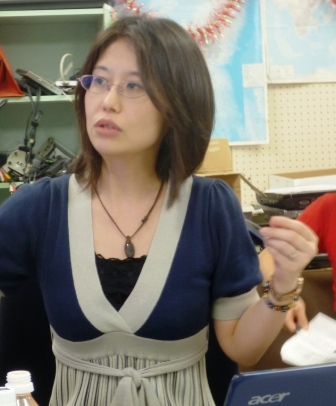