Note: This workshop was jointly held with Center for Experimental Research in Social Sciences, Hokkaido University. 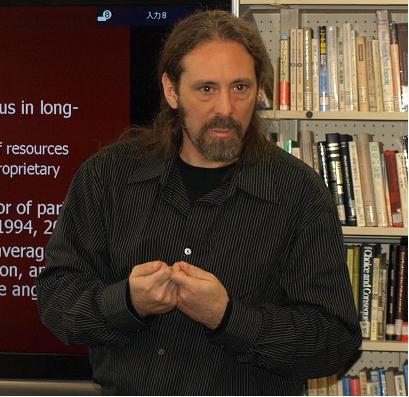 Human mating systems are unusual in comparison to other primates in that humans engage in long-term pair bonds directed toward supporting their offspring throughout extended juvenile periods beyond the age of weaning and sometimes beyond the age of sexual maturity. These pair-bonds are often characterized by high levels of male investment, coordination and cooperation. With coordination and cooperation at a premium in long-term relationships, women may avoid dominant men as mates. Mating with dominant males might be a risky strategy, given that dominant males may impose high costs on their mates if domineering and coercive behaviors are directed toward them or their offspring. Indeed, evidence indicates that women prefer men that obtain status through prestige-based strategies to men who obtain status through dominance-based strategies. However, some women select domineering men as long-term intimate partners – sometimes at high cost to themselves. Although conventional views frame these women’s behavior as pathological, there are sound theoretical reasons to think otherwise. In violent environments, domineering and coercive strategies enhance male competitive success. Women are likely sensitive to levels of danger in the local environment, and hence may select domineering men when the benefits of the protection and provisioning that such men can provide outweigh the costs that they may inflict on their partners. Subsequently, women may prefer formidable, domineering, and aggressive men when the local environment is marked by high levels of conflict, with such preferences mediated by women’s perceptions of their own vulnerability to extra-pair aggression.

Matthew Michel Gervais
“Phylogeny, Form, and Function in the Study of the Emotions” 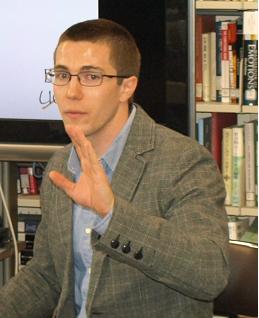 Evolutionary theory has the potential to organize the study of the emotions by explaining the form that emotions take, and by directing the search for novel emotions or novel properties among recognized emotions. Evolutionary theory suggests two complementary ways of looking at emotions: in terms of function (Adaptationism), and in terms of history (Phylogenetics). Adaptationism treats emotions as specialized adaptations for behavior regulation that evolved to address ancestrally-recurrent dangers or opportunities. This approach highlights functional design in the conjunction of particular event interpretations (appraisals) with particular organismic responses (emotions). This approach also suggests the utility of postulating mental indices that summarize the fitness relevance of past events and therewith inform current event appraisals; we call these indices “attitudes.” A discussion of “contempt” demonstrates the functional relationships among appraisals, attitudes, and emotions. Complementing adaptationism, phylogeny, as a guide for interspecific comparison, suggests that many systems for behavior regulation have deep histories, and that hominid evolution likely involved the co-optation of ancient emotion systems in the discovery of novel adaptive solutions. Wedding adaptationism and phylogeny – an approach we term “phylogenetic adaptationism” – reveals the logic of the process whereby emotions that evolved for one function can be co-opted to serve new functions thanks to overlap in task demands and the evolvability of appraisal systems. This synthesis explains some features of co-opted emotions as vestiges of antecedent design, and illuminates both similarities and differences among humans and other animals. A discussion of “disgust” underscores the utility of this approach.