Note: This conference was jointly held with Center for Experimental Research in Social Sciences, Hokkaido University. 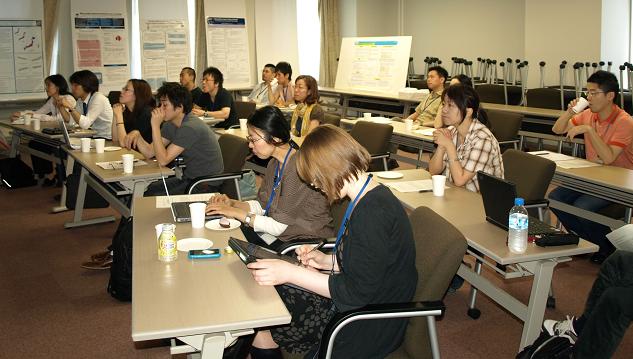 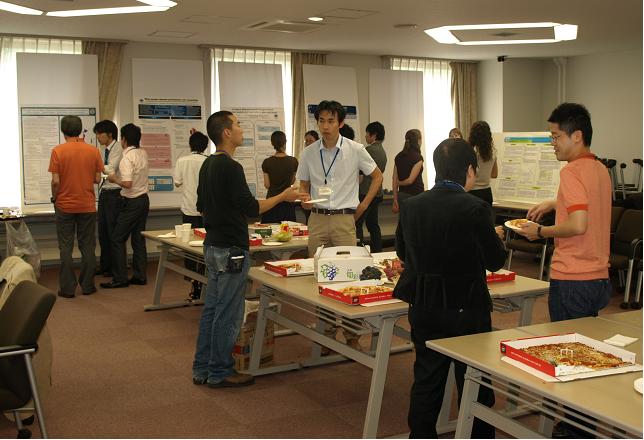 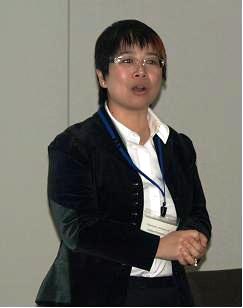 Behavioral integrity (BI), as defined by Simons (2002), is a perceived pattern of word-action alignment; a trait ascribed based on the perception that the target lives by his or her word. This perception is more specific than either trust or justice, and is broader and different in focus from the psychological contract. Early studies have suggested that employee perceptions of their leaders' BI affect corporate operational and financial performance. They affect employee responses to standards and to coaching. These perceptions and attendant consistency behavior have been shown to trickle down from top executives to middle managers, and BI may be ascribed to individual managers, to groups, or to corporations as a whole. In short, early studies are promising -- but there are many questions still unanswered, especially whether BI, a western cultural concept is viewed similarly in Eastern cultures. To fill this knowledge gap, we (Friedman, Simons, & Hong) conducted a scenario study via the eLab (internet) in North America and India and found that BI operates differently in the two cultures. Specifically, words said by a boss were not as likely seen as a promise when the boss failed to enact the “promise” in India than in North America. Consequently, word-action alignment was less influential of the trust perceptions of the boss in India than in North America. Implications of these findings for understanding social ecology and agency across cultures are discussed.


11:00-12:20  Presentation 2: Keiko Ishii
“Voluntary settlement and the ethos of independence in the “northern frontier” of Japan” 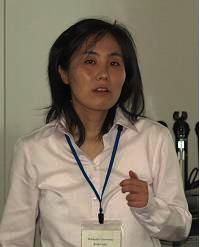 The northern island of Japan (Hokkaido) has a settlement history that is analogous to the history of the United States. On the basis of the hypothesis that voluntary settlement of the frontier encourages the ethos of independence, our previous work showed that Hokkaido-born Hokkaido Japanese were nearly as likely as European Americans in North America to associate happiness with personal achievement, to show a personal dissonance effect wherein self-justification is motivated by a threat to personal self-images, and to commit a dispositional bias in causal attribution. In contrast, these marker effects of independent agency were largely absent for non-Hokkaido-born Japanese residing in the main island of Japan. Moreover, recent studies conducted to further test this hypothesis have indicated that while self-justification is important in Hokkaido, the tendency to associate happiness with personal achievement is moderated by the type of social situations. Furthermore, Hokkaido Japanese were just as likely as mainland Japanese to pay attention to context in cognitive tasks, suggesting that the collective belief in independence in Hokkaido is imposed upon highly interdependent social practices which permeate every aspect of social life in Japan. Implications for cultural stability and change are discussed. 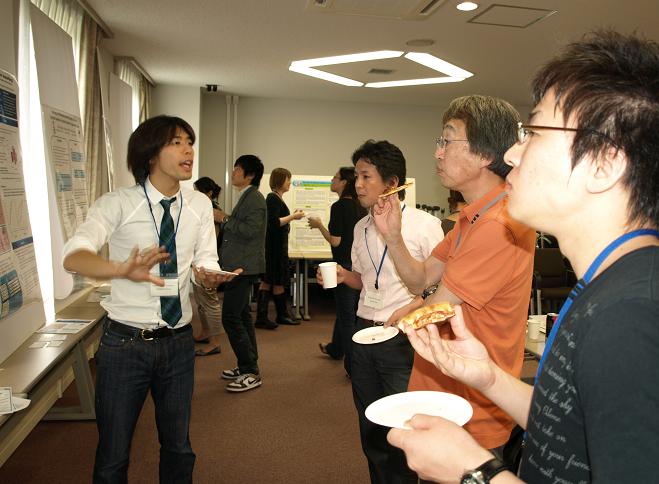 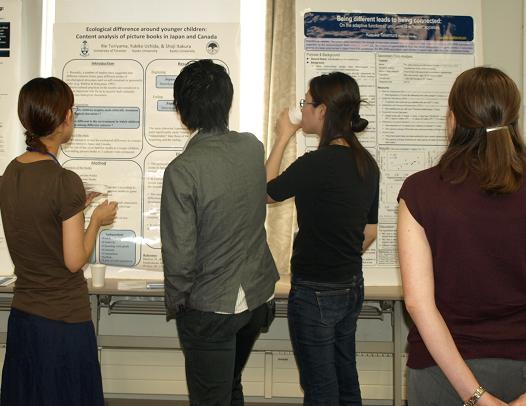 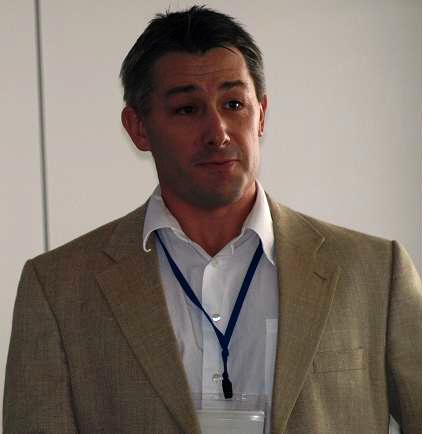 Resonating with a socio-ecological approach, a cultural psychology perspective emphasizes the idea of "mind in society": how structures of mind embodied in brain architecture exist in a dynamic relationship of mutual constitution with socially constructed affordances for mind inscribed in everyday worlds. From this perspective, lawful psychological patterns reflect not only expression of evolved internal structures, but also the tuning of minds to regularities in the socio-ecological environment. We apply this framework to a "law" of personal relationship: the importance of attractiveness in everyday life. Rather than a fixture of human psychology, the importance of physical attractiveness may vary as a function of social ecology: the extent to which local worlds afford or require personal choice in the construction and maintenance of relationship. We hypothesize that attraction and attractiveness matter more for life outcomes in settings that promote voluntaristic-independent constructions of relationship (as the product of personal choice) than in settings that promote embedded-interdependent constructions of relationship (as an environmental affordance). Results of three studies provide support for this hypothesis along four dimensions: national context (Ghana and USA), relationship context (friend versus family), rural-urban context, and experimental manipulation of relationship constructions. Discussion of results focuses on two issues relevant for this symposium: (1) the extent to which ecological affordances are psychological products that bear beliefs and desires of previous actors (i.e., the idea of "intentional worlds") and (2) the extent to which models of the ancestral environments project particular, culturally based understandings of human ecology. 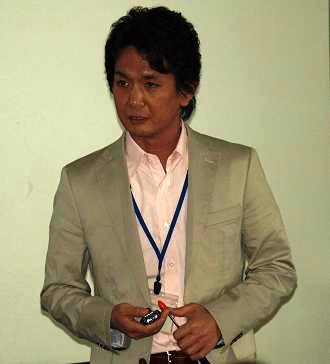 Relational mobility is a socio-ecological factor reflecting the amount of opportunities for individuals to form new relationships, when necessary, in a given society or social context (Yuki, Schug, Horikawa, Takemura, Sato, Yokota, & Kamaya, 2007). In societies high in relational mobility, such as the US, individuals can select interaction partners and membership groups outside of current ones. However, societies low in relational mobility, such as East Asia, relationships and group memberships are generally predetermined and stable. We propose that many “cultural differences” in behaviors and psychological tendencies that have been found to date can actually be explained in terms of adaptations to social contexts differing in the level of relational mobility. We will present results from several of our projects to test this idea, by specifically focusing on how the concept of relational mobility can be used to explain cultural differences in causal attribution, interpersonal similarity, self-disclosure, the determinants of subjective well-being, and self-enhancement. It will be discussed how this concept can be useful in integrating knowledge in cultural psychology with that of so-called “mainstream” social psychology, as well as the social sciences in general. 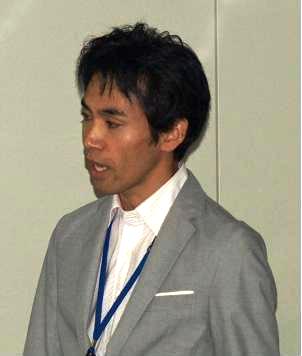 This paper argues for a socio-ecological approach (taking into account physical, societal, and interpersonal environments) to psychological theorizing and research. I will first demonstrate that economic systems, political systems, religious systems, climates, and geography exert a distal yet important influence on human mind and behavior. Second, I will summarize the historical precedents of socio-ecological psychology. There have been several waves of ecological movements with distinct emphases in the history of psychological science such as Kurt Lewin’s (1936, 1939) field theory and Bronfenbrenner’s (1977) ecological approach to human development. Environmental and community psychologies created in late 1960s and early 1970s promoted social activism through basic and applied research on ecological factors and social outcomes. Most recently, the rise of cultural psychology has helped psychologists to pay attention to cultural factors in basic psychological processes, though less attention has been paid to socio-ecological factors per se. I will highlight the benefits of bringing the socio-ecological perspective back to mainstream psychological theorizing and research. 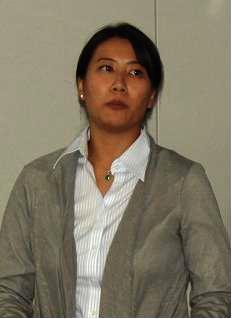 Past studies showed cross-cultural differences in trust relations. Research on self and identity explain such differences through the relational or categorical way of classifying the self; while research on group heuristics use social boundaries that define inter and intra group memberships to elucidate cultural differences. In a different line of research, sociologists in the Western culture have portrayed trust as an institutionalized system grounded in one’s own morality. Specifically, classic theories in sociology has proposed three sources of control that put individuals’ selfish needs in cap: (1) institutional control, such as law and organization regulations, (2) internalized values, such as moral conscience and motivation to uphold one’s integrity, (3) social monitoring, i.e., close scrutiny of others’ behaviors and reputations. Amalgamating previous findings across different research domains, we seek to explore the interplay between social monitoring and internalized values in Eastern and Western cultural contexts. In this presentation, we used two studies to demonstrate that trust is governed by social monitoring in East Asian culture while internalized values loom more important for American culture. We also propose a third study to test the behavioral validity of our claims. 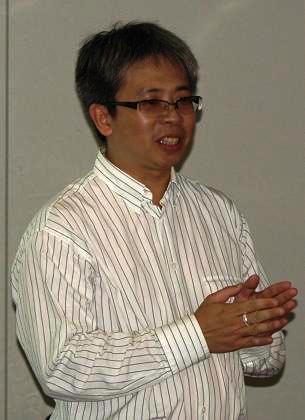 In cultural psychology, cultural variations are often explained as emanating from different inner selves or values, rather than from outward perceptions of different social environments. In the present presentation, I argue that cultural variations in social cognition may also emanate from individuals’ conformity to what is perceived to be the majority views of their in-group, whether actual or imagined. Separating these two routes to cultural differences helps to explain why there are no consistent differences in self-report measures of individualism and collectivism between the U.S. and allegedly “collectivistic” cultures and why self-report measures of individualism and collectivism typically do not mediate cross-cultural differences in social cognition. Furthermore, when individuals in a community reach consensus on the “defining essences” of their culture, “culture” becomes an intersubjective reality. Finally, viewing culture as an intersubjective consensus supports a less deterministic view of cultural influence and affords new perspectives on the dynamic interactions of culture, society, and the individual. 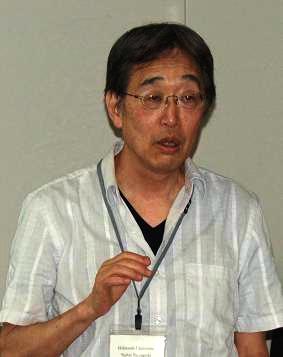